The Azores (pronounced Ah-soar-reys) are situated smack in the middle of the Atlantic Ocean. One of the first things I do when I tell people about my trip there is pull out my phone and show them an image similar to the one below:

This area hasn’t quite hit the mainstream travel scene yet, so the area isn’t too full of tourists. Last Summer, I got the unique opportunity to visit Sao Miguel in the Azores islands during a trip to Portugal. I had travelled as part of a small team of medical students for a simulation tournament in Lisbon. We had elected to fly in a couple of days early to explore the city, but I had my eye on the Azores ever since hearing about it a couple of months ago. My girlfriend happened to be in Europe at the same time so we decided to take the opportunity to meet up in Sao Miguel for a couple of days of exploration. 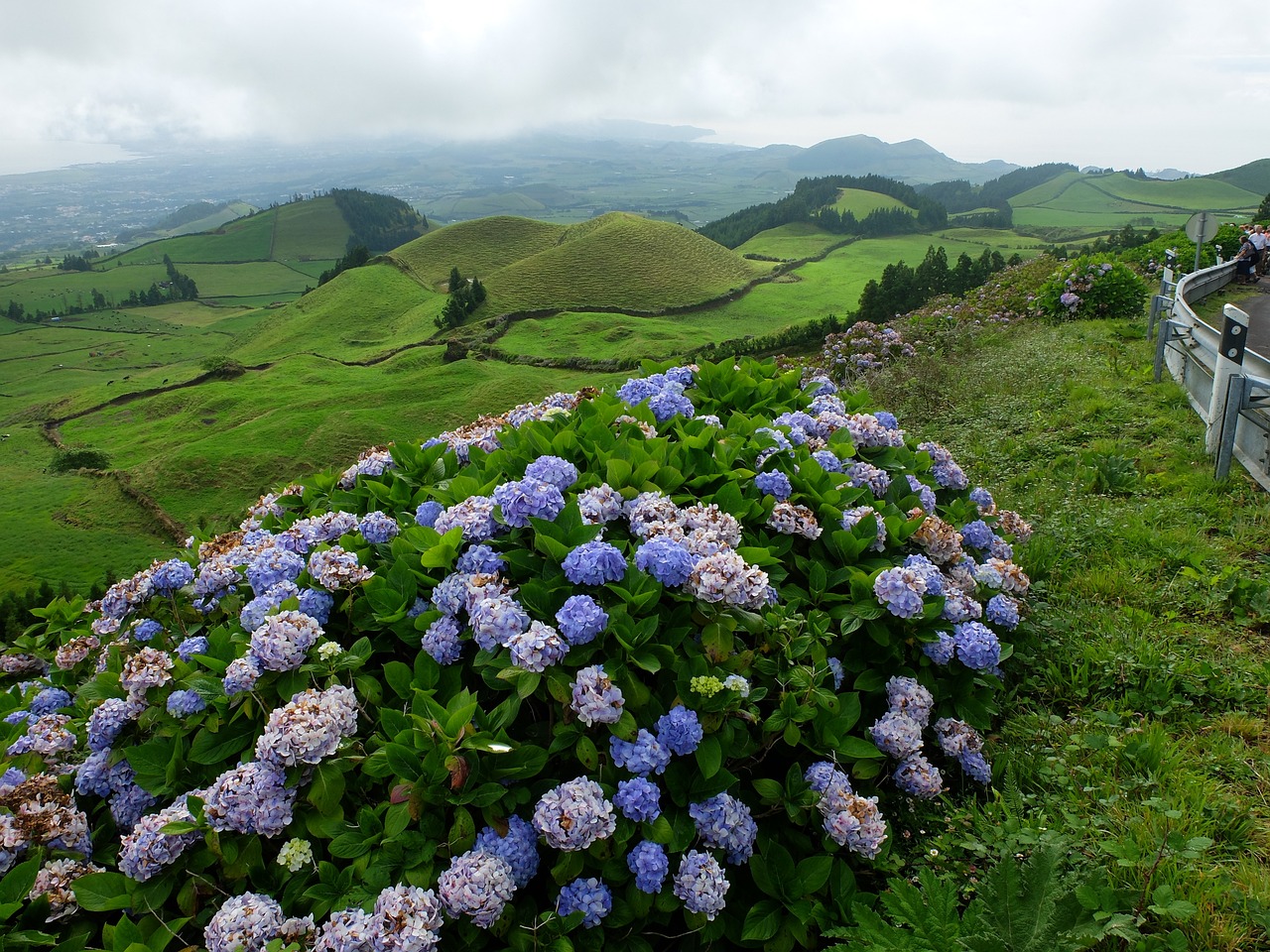 We elected to stay the Nook Hostel to save money. Not expecting too much, we were pleasantly surprised to find a clean and spacious modern house a couple of blocks from the coast. From our street, the center square of the town of Ponta Delgada was about half a mile away, and the coast line only a couple of blocks south. The surrounding area is chock full of excellent local restaurants (and some of the best seafood in the world! More on that later…)

Alternatively, the Hotel Marina Atlantico situated right on the coast provides an excellent view of the ocean and various tourism services right next door if you are willing to spend a little more money. 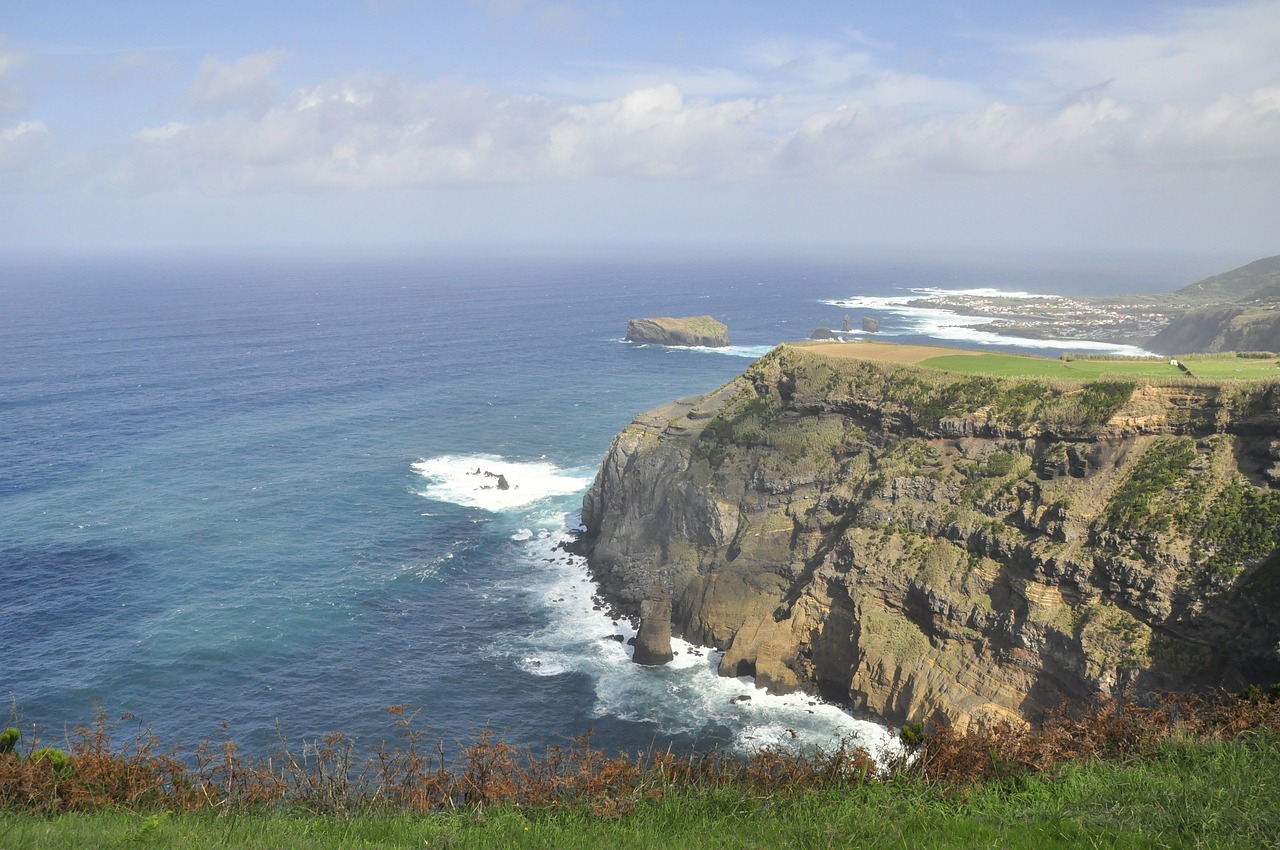 Although the city of Ponta Delgada has most of the amenities you need, it doesn’t have much in terms of attractions. To see some of the best sites on the island, you will need a car. Fortunately, there are plenty of local car rental offices along the coastal road. We found the prices to be fairly cheap. Do be mindful of asking for automatic transmission if you need it, however. By default, the prices of the rentals listed are for manual transmission cars.

The roads use standard European convention and signs. The island has a small population so you might not see many cars on the road with you, making driving there a breeze.

If you elect not to rent a car, many of the tour operators in the area include transportation to and from attractions, but your price will be higher, and your time will be limited.

Our first morning, we went on a half day dolphin swimming tour run by Futurismo. For 70 euros, you will be given a wet suit, goggles, snorkels, and a marine biologist guide that will lead you out by boat to the common gathering areas of several species of Atlantic dolphins. I’m normally not a fan of these types of excursions but I found Futurismo to be excellent operators staffed by environmentally conscious professionals who stressed conservation above anything else. Be prepared for the water, however, because the Atlantic is cold.

Futurismo and other tour operators also offer whale watching tours. We didn’t have the time to do this, but the other passengers on our rafts raved about it. You can also elect to do a combined dolphin-whale spotting tour if you have more time. 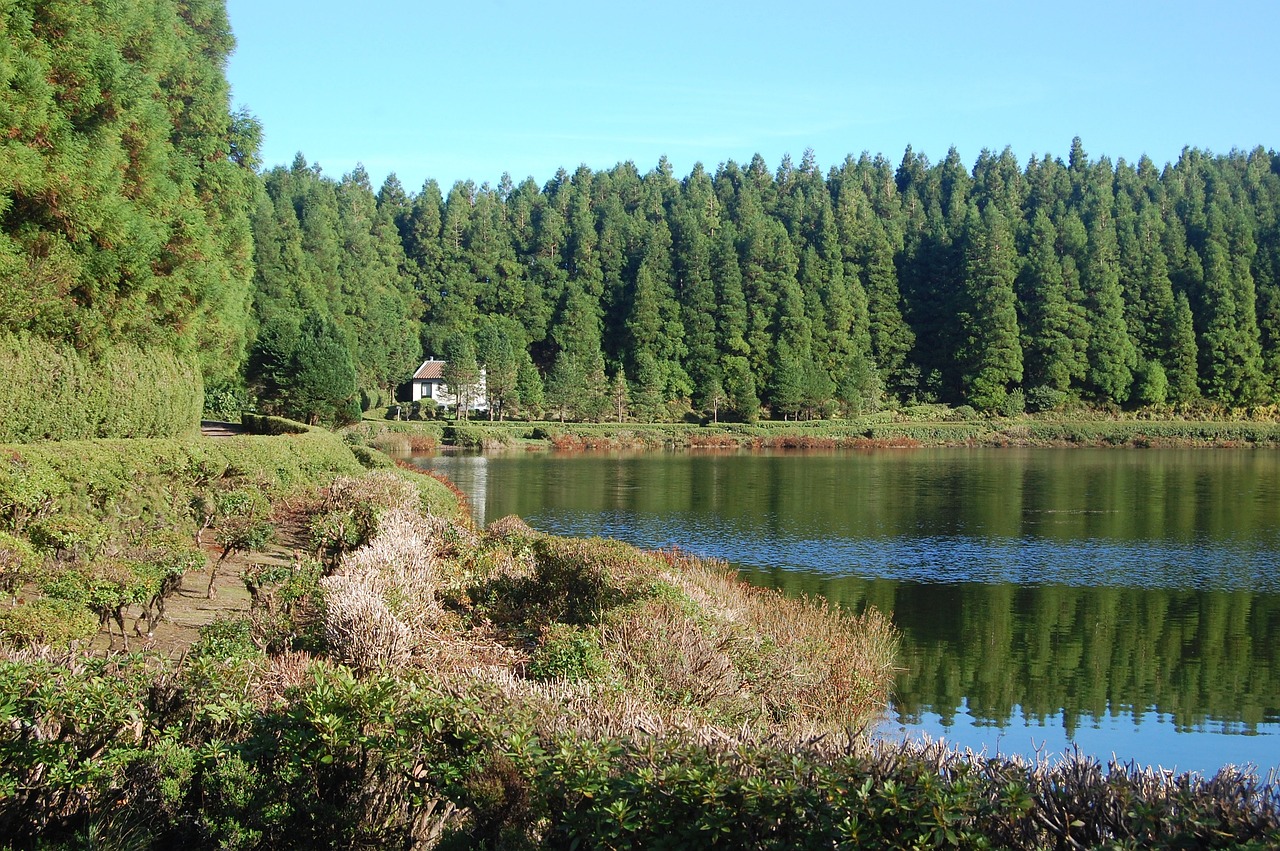 Translated literally as “lake of the seven cities,” this lake is a marvel. It was formed from a crater of a dormant volcano. There are several hiking trails you can do in the area. One easy 2 hour trail with magnificent views is called “vista do rei.” You’ll be able to see the lake on one side and the coast on the other. For more information on trails, we used the excellent website Azores Trails (http://trails.visitazores.com/en/trails-Azores).

More hiking trails are located on the eastern half of the island, which is where we spent the majority of our time. About 2 hours away from Sao Miguel, the Lagoa das Furnas trail is a gentle 9.5 km trek around some beautiful and quite scenery. You will see abandoned churches on the trails and calm water as you make your way around. At the Eastern edge of the lake, make sure to stop by the sulfuric vents. Sao Miguel is still volcanically active, and local restaurants will use the heat from the earth to steam veggies and meat. You can actually see smoking mounds of dirt with signs detailing the names of local restaurants.

Drive Around the Coastal Road 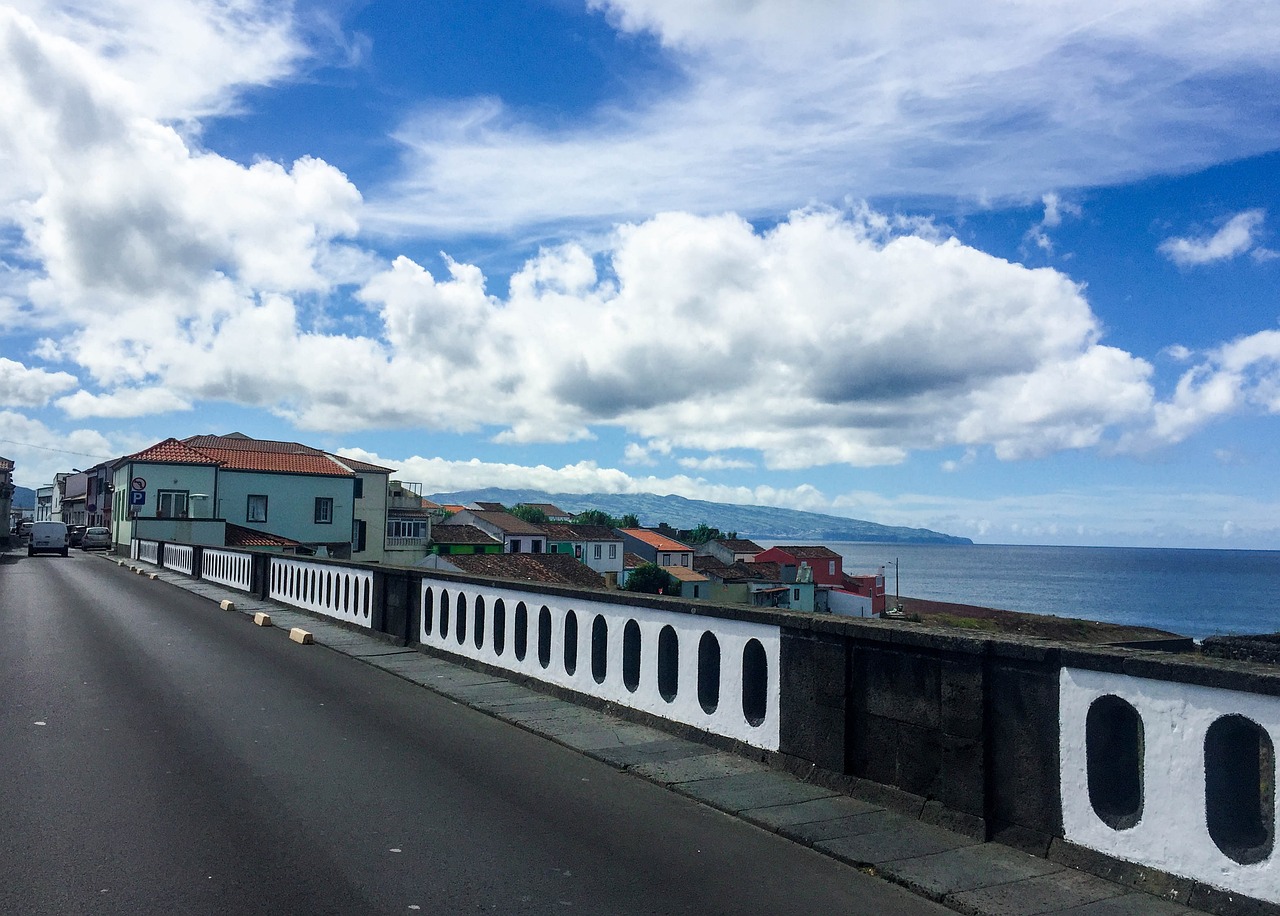 Probably the easiest and best choice you can make is renting a car to drive around the island. On our final half day there, we took the car out as far east as we could go, planning to stop in each little town on the way. We were able to find spectacular views and explore tiny colorful towns that had no other tourists. A loop from Ponta Delgada to the Eastern tip of the island will take you just under 3 hours without stops.

If you’re a fan of seafood, this is the place to be! You can find some of the cheapest but freshest fish in Europe in Sao Miguel. We found a small local restaurant while wandering the streets. The menu was small, with only about 3 entrees, but it rotated daily based on the catch of the day. My personal recommendation is the Bacalhou, oven roasted cod that is a staple of the Portuguese culture.

Don’t leave the Azores without trying the cosido, a steamed veggie and meat dish cooked by the sulfur steam vents. For the freshest cosido, go to the town of Furnas on the Eastern side of the island. Although this dish is more expensive than the freshly caught seafood, it’s an adventure to experience.

Rafael is a medical student turned adventure addict. In between his time spent studying and in clinics, he is usually out on a hiking trail or the wall of his local climbing gym.

12 Things to Do in Scottsdale, Arizona for Outdoor Adventure Lovers

What Should You Do If You Get Sick While Traveling?

12 Awesome Things to Do in Winnipeg for Outdoor Lovers